This is really quite disturbing, how Arizona has become a source of toxic legislation to the rest of the nation. Sorry, folks. 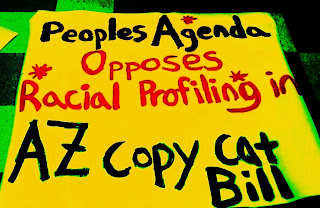 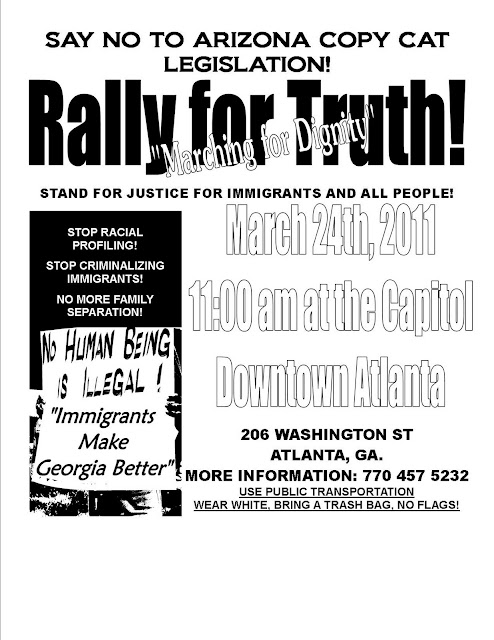 Like Loading...
—-From my favorite blogger in Phoenix on issues of migration and criminalization, at “Chaparral Respects no Borders“. Explore the blog and I guarantee you’ll think differently about some things. She’s a genuine abolitionist.——-

(This is an updated version of a post I made a few months back).

I have become convinced that the focus on racial profiling is a distraction to the detriment of migrants’ freedom. I am not saying racial profiling is okay, but it implies that what is wrong is that people who are being stopped because of their skin color (or other physical cues) are innocent, implying that those who have broken immigration law are not those worth our concerns. Yet, I would hope that those who claim to be allies or advocates for undocumented immigrants would not allow this idea to be promoted.

We’ve been hearing about racial profiling for a while. Anti-Arpaio folks have been so focused on these sweeps and the racial profiling and all that, yet only 6% of the arrests of undocumented immigrants occur out in the community, whereas the other 94% of migrants are identified for deportation when they go through the jails (and the folks in the jails are those arrested by the various police departments in the valley) (Source). (This is partly why DHS is continuing the agreements of 287(g) that involve jail checks.) Other police departments are arresting more migrants than the MCSO without these hyped-up “crime supression sweeps”, as i discussed further in If Phx and Mesa PD are arresting more immigrants, why is focus on Arpaio?

(read on from here)